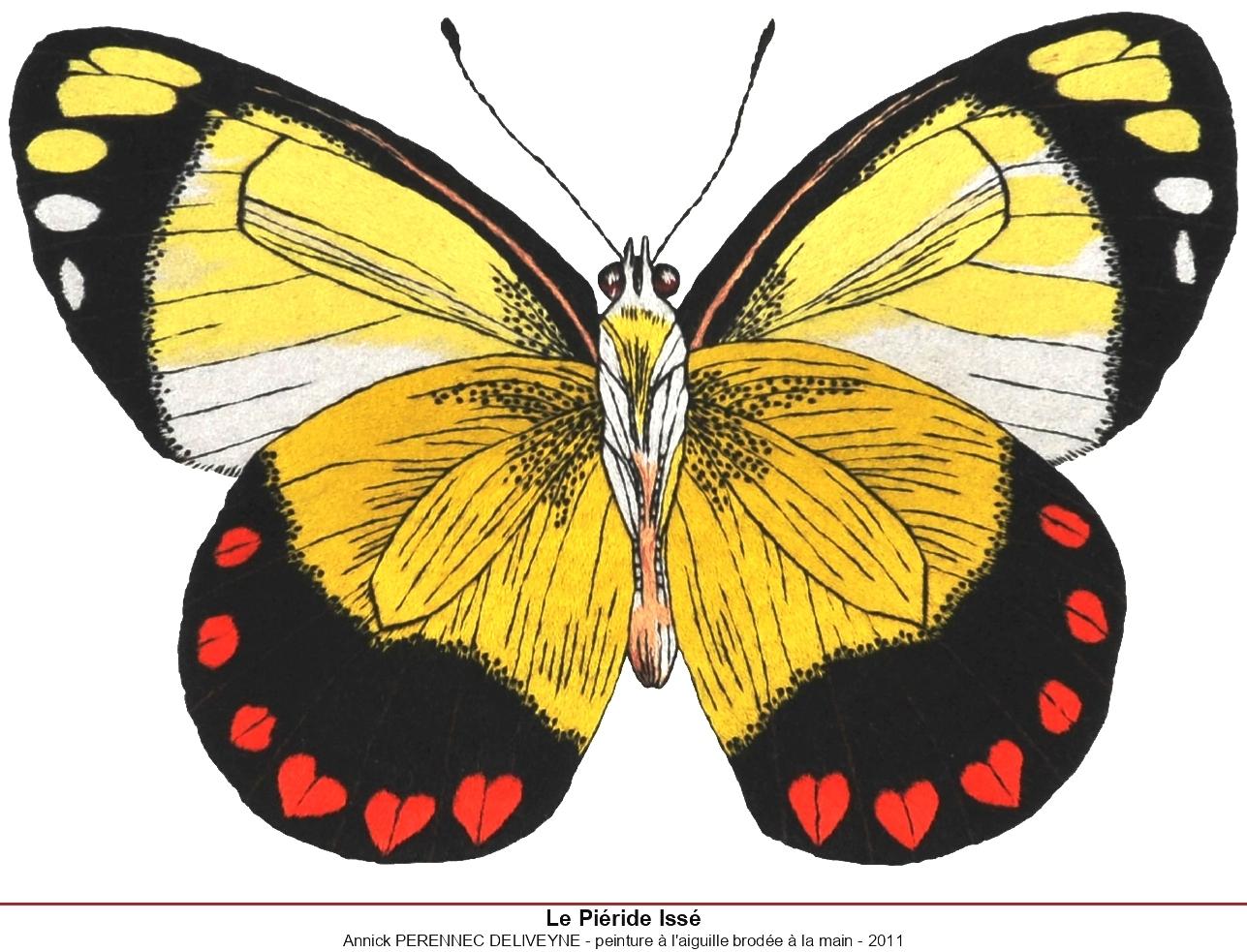 Native from the Far-East, needle painting is an artistic embroidery technique using silk thread. The first traces go back to the Zhou dynasty in China's Jiangsu province (771 years b.c.).

It mostly developed during the reigns of the Ming and Qing dynasties as it was used for ornamenting imperial garments.

Its purpose is to reproduce mostly botanical or wildlife subjects as accurately as possible using the one-thread technique.

Nowadays, the Xian's embroidery, one of the most famous applied arts of the Hunan's province still uses this technique, though adapting patterns to our times.

In Europe, it had its glory days during the XVIIth and XVIIIth centuries with the creation of designs for vestments (liturgical garments), altar clothes, banners and so on.

It was later replaced by silk dyeing, which was less expensive and faster to carry out.

The pictures I present are hand-embroidered with silk thread on linen canvases.

Born in Quimper, Brittany, my path as a self-taught woman has always been dominated by colour. A casual encounter led me to discover needle painting and I had a real crush for that "long and short shading" stitch technique.

After 10 years of learning and training hard with cotton thread, my current knowledge allows me to use silk thread which gives life and light to creation. Naturalistic illustrations are my inspiration through their richness of details, and poetry comes to me through character's lightness.

I do like my creations to raise curiosity, emotion, dream, and remind us that needlework in no way belongs to past times.

Some history, from embroidery to needle painting ...

Embroidery stands for the art of the ornamentation of a cloth using patterns sewn with threads of various colours and textures. The word embroidery appears at the end of the twelfth century. However embroidery technique has existed since remote past. The oldest embroidered cloth known comes from Egypt. But a few examples still remains from that time's creations and its history is quite difficult to define.

Asian cultures left more traces of this art. Historical tradition goes that the use of embroidery in China could go back as far as the year 2225 b.c.

Archaeology dates its appearance back to the Chan dynasty time (end of the eleventh century b.c.).

The prosperity China went through at that time and the development of production and evolution of silk weaving enabled the art of embroidery to rise up to more and more refined techniques.

It was extremely simple during the Western Zhou dynasty (1211-771 b.c.) and more elaborate in clothing decorations during the Han dynasty (206 b.c. - 220 a.d.). Embroiderers of the Song dynasty (960-1279 a.d.), were capable of copying the paintings of grand masters and permitted embroidery to completely identify with painting. Under the Ming dynasty (1368-1644 a.d.), the Kou family from Chang-Hai, nowadays Shanghai, gained enormous fame for the quality of its needle paintings realizing the famous "garden of scented dew" embroidery.

Needle painting also travelled along the silk trail to reach Europe at the end of Middle Ages, not to mention a little detour through Korea and Japan.

In Japan, it gave birth to the "Nui Do" technique, which shows all the perfection and rigueur of the Japanese spirit.

Within Europe, it's in Italy, from the XVth century to the XVIIIth century that needle painting has been truly recognized through the "shady gold" technique, which incorporated more and more silk threads inside the "laid gold" technique which used gold and silver threads. At the end, the unique silk thread substituted silver and gold, and the thinner and thinner needlepoint thanks to the long and short technique gave the illusion of being a real painting brush trace.

In France, Charles Germain de Saint-Aubin, the King's embroiderer during the second half of the XVIIIth century, thought the long and short shady stitch was the most important element in needle paintings : a stitch that required lots of taste and comprehension. He used to demand that his female embroiderers prepare their thread the way a painter prepares its palette.

In England it has been happily called "embroidery of shadow and light".